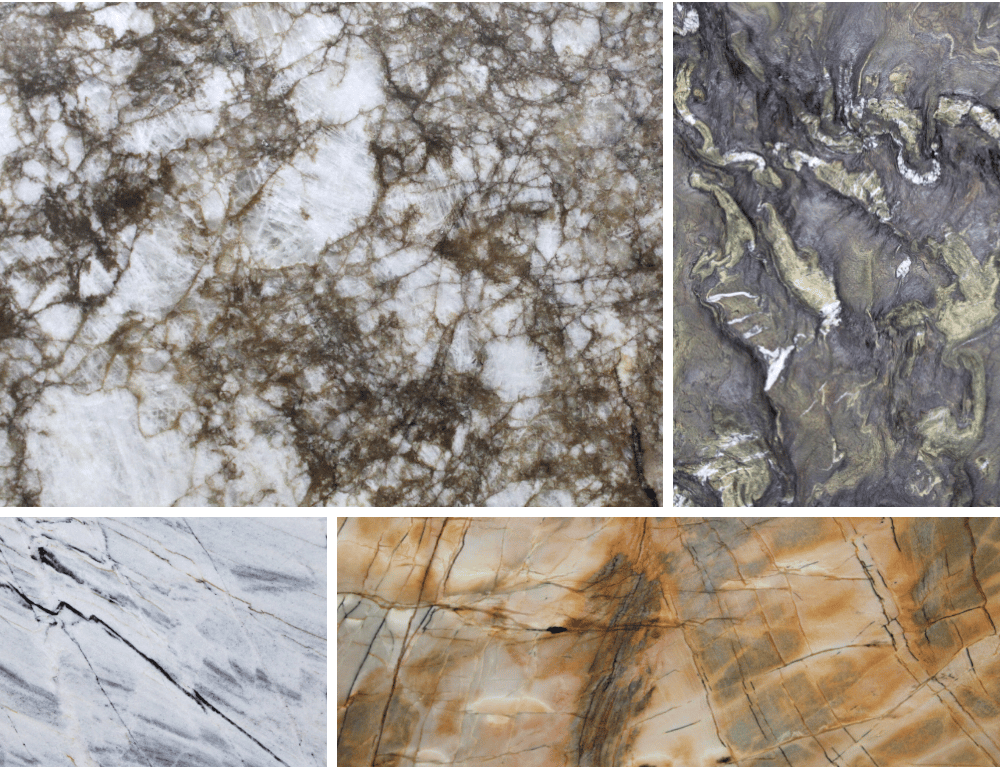 One of the reasons we love natural stone is because it’s, well, natural. Variations in the color, texture, and pattern of stone are all part of the appeal.

But these variations can cause some confusion, too. Some people describe quartzite as bulletproof, while others report staining issues. How can that be true if they are both quartzite?

Quartzite, like any other natural material, has a range of traits. Not every quartzite deposit is the same, and understanding what creates differences between types of quartzite can make shopping much less confusing. Let’s take a little walk through geologic time and get a glimpse of how different quartzites are formed.

Precursor to All Types of Quartzite: Sandstone

Quartzite is a metamorphic rock, which means it used to be some other rock before it became quartzite. Quartzite’s  “parent rock” was sandstone. I’ll give you exactly one guess what sandstone is made of. (Hint: sand) Water or wind carries sand to places like beaches, deserts, or riverbeds. When the sand gets buried by new layers, it becomes compressed and stuck together to form a solid rock. Some sandstones are very porous because the sand grains have not been squeezed together all that much. But if the sandstone gets buried deeply, then it can become tightly compressed. This means the stone will have lower porosity and absorb less water. An example of this being Wild Sea Green.

If a sandstone layer gets pushed deeper down into the Earth, it gets squeezed together more tightly while also becoming hotter. This can happen when a whole region gets compressed, like what’s happening now in the Himalayas or the Alps. Below those mountain ranges, rocks are getting shoved down into Earth’s crust, where they endure torturously hot conditions.

The heat doesn’t melt the stone, but it does fuse the sand grains together. The original sand particles grow into each other and form an interlocking texture, much like pieces in a jigsaw puzzle. This solid fabric of stone is less porous than sandstone.

This category of quartzite could be called “grainy quartzite” because it’s on the lightly-metamorphosed end of the spectrum. In some cases, the original patterns and textures from the sandstone precursor are still visible. Some examples being Mykonos, Vento Cinza and White Macaubus. 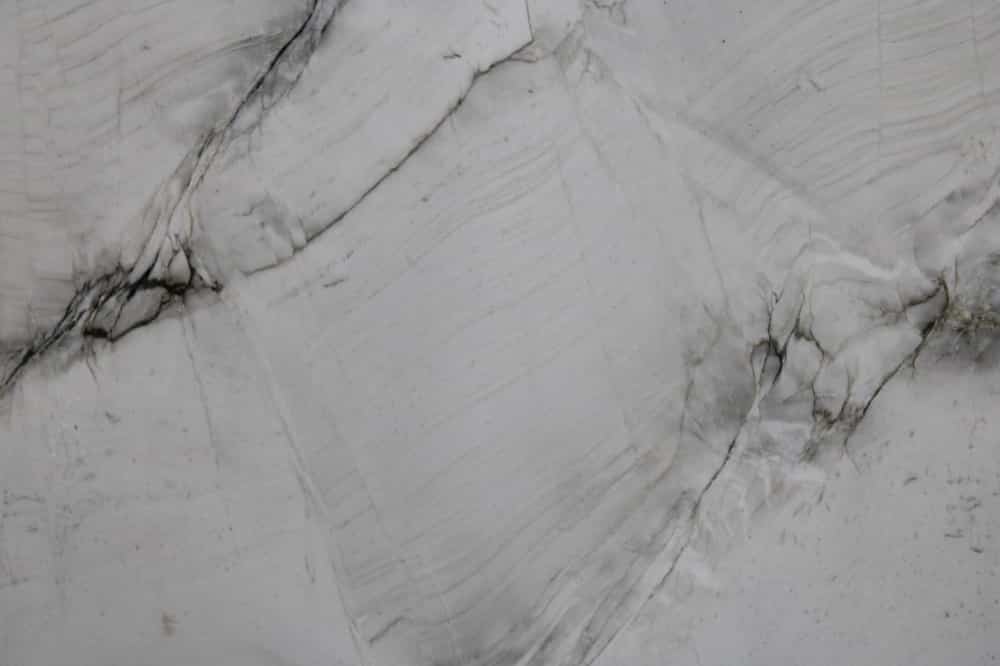 These types of quartzite need regular sealing, with particular attention to the edges of the slab after it’s been fabricated.

If the heat and pressure get dialed up even more, the rock changes again. Any resemblance to sandstone is wiped out, and the whole stone becomes dense and crystalline. As you might guess, crystalline quartzites are less porous than grainy quartzites.

A very well-known example of a crystalline quartzite is Taj Mahal, a stone that is beloved by homeowners and feared by fabricators. Taj Mahal’s dense structure makes it a challenge to work with, but a delight to own. Other examples of such quartzites include Madreperola, Cielo and Cristallo. 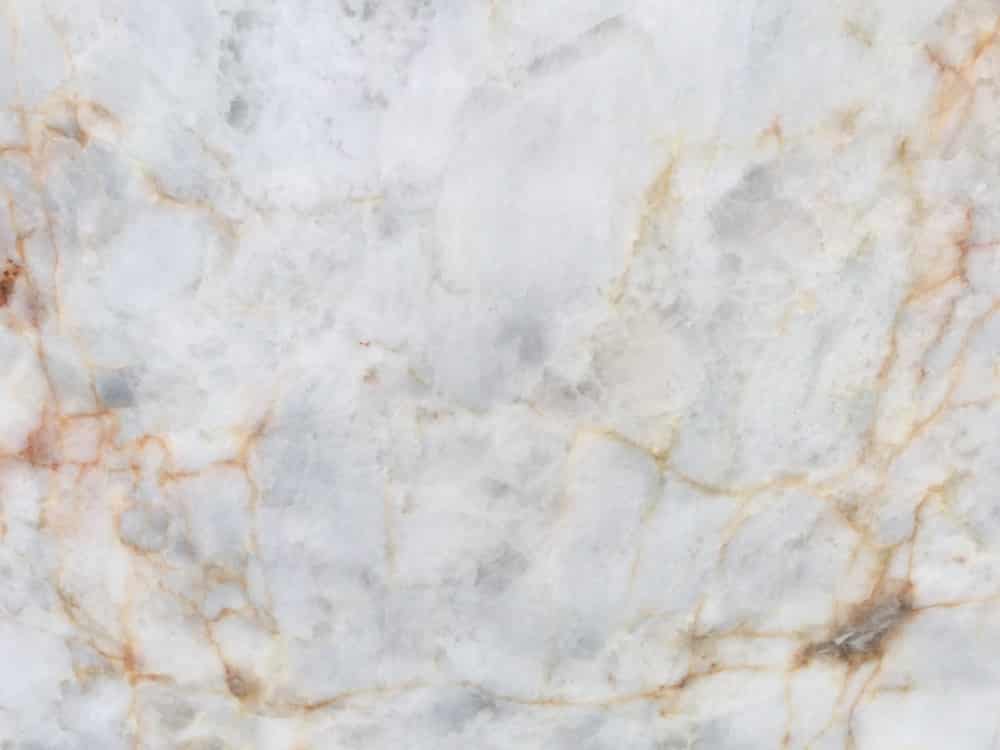 As a stone changes from sand grains to sandstone to quartzite to crystalline quartzite, the only aspect of the stone that changes is its texture. The grains are getting more tightly packed together and the pore spaces between the grains get smaller. The rock’s composition – quartz – stays the same throughout all of those changes. So each of these stones will be similarly resistant to scratching and etching.

On the Verge of Melting -> Mixed Stone Quartzite

We all have our limits. For the mineral quartz, that limit occurs at 3000 degrees (F), at which point quartz starts to melt. If a rock is made entirely of quartz, the whole thing will melt and it will become liquid magma. But if the stone is made of a mixture of different types of minerals, the quartz melts before the other minerals in the same way that chocolate chips melt before the other ingredients of trail mix.

So a rock that’s brought to the verge of melting will have pockets of melted quartz, while the other minerals in the rock won’t melt. Often these rocks have been squeezed to the point of distortion, which produces phenomenal patterns.  The melted quartz forms white ribbons that run through the stone, making it lively and dynamic like we see in Botticelli, Fusion Supreme, Phoenix Blue and Cardinal Red. 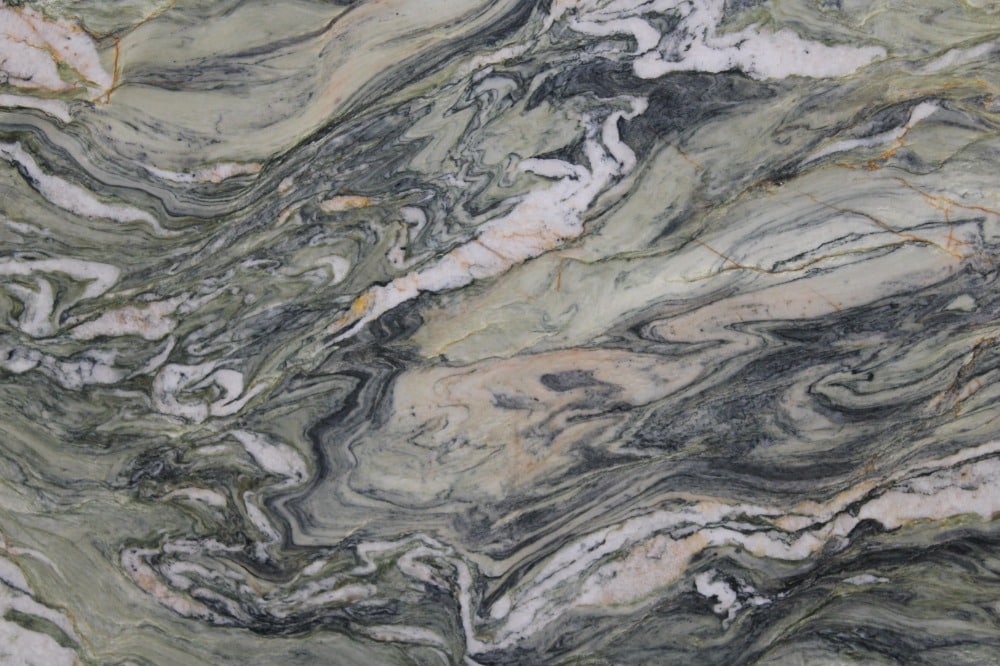 Hopefully this stroll through the Earth’s inner workings helps illuminate how different types of quartzite can look and act differently from each other, even when they are the same general type of stone. The more you know, the easier it is to appreciate which one might be right for you.

Color of the Month: Classic Blue

This month’s featured trending color is Pantone 19-4052, Classic Blue! The Pantone Color Trend Report says, “A boundless blue hue, Classic Blue is evocative of the vast and infinite evening sky opening us up to a world of possibilities.”

Oppenheimer is an explosion of color. Greys, whites, and silvers meet a deep and inviting blue to create a pop of personality in this Brazilian quartzite. Sparkling, striking, beautiful, and bold, Oppenheimer will bring life to any space. It looks great as kitchen and bathroom countertops, bathtub surrounds, and vanity counters. Quartzite is resistant to scratching, staining, and fading, and the beauty is unmatched.

No votes so far! Be the first to rate this post. As we summed up in our last blog, marble look quartz makes a phenomenal choice for spaces throughout… In spaces throughout the home, the neutral tones found in marble can help to imbue a serene and… For surfaces throughout the home, our planet gives us an endless array of magical options in the form… All About Soapstone Kitchen Countertops 

) In homes across the United States and around the world, soapstone kitchen countertops aren’t quite as popular as… How to Clean Marble Surfaces 

A wishlist-topping choice for countertops, floors, shower walls and more, marble is one of the most versatile surfaces…

Our Brands and affiliations